Do you remember that age where you thought you knew everything? It wasn’t just false hubris. You were convinced that you had all the answers and nobody  — especially your dear parents  — could tell you otherwise. My father used to tell me that he’d forgotten more than I would ever know. I guess that was his way of feeding me some humble pie, but ignorance is bliss.

Most of us grow out of that stage, but it takes some (me) longer than others. I waited until I went off to college at the University of North Carolina at Charlotte to study exercise science where I realized I just might not be the smartest person in the room. It wasn’t hard to do since many of those rooms were filled with over 100 students. Some of them seemed to have everything figured out at the ripe old age of 20. They had plans for their future and had thought through the steps it would take to achieve their goals. How I envied them. I could not comprehend the idea of what building a life and career consisted of and how, when I was just living for the weekend, that these kids were mapping out their lives.

That you can party and be productive was a foreign concept to me at the time. I didn’t think they were necessarily more intelligent than I am, but they were more driven. There was zero fear of failure; only their dreams of future success. I look back now at the age of 28 and ponder why I still don’t have everything figured out like all of my former classmates had, or at least thought they had. I take solace in a recent article I read pointing out that most adults do not believe they have achieved stability in life until they are 36 years old because “adulting” is hard, but that fact gave me hope that I might actually have a chance in this world after all. Sometimes the anxiety of failure can overcome the ambition to succeed, and that is why many of us don’t take chances in life. Maybe we don’t apply for that job because we might actually get called for an interview. It feels much better to play it safe than to have our pride take an uppercut.

Moderation is the key word here. Reading a golf magazine and trying to incorporate the 11 pages of swing tips into your game simultaneously and trying to contort your body in the most unnatural ways because you tried to put the puzzle together all at once doesn’t really work. It is better to add a little here and a little there so that you can put the puzzle together without losing all religion in the process. It is here where I think I may have something to offer as it relates to fitness.

My first piece of advice is that it is not wise to make the decision to quit smoking (if you’re a smoker), eat healthy and start running five miles per day all on January 1st. The first ingredient in achieving a goal is that it needs to be realistic. The prudent play is to set small goals that will eventually lead you to the grand prize, which is to attain overall good health and well-being. These are just the pieces of the puzzle that will not fit together unless they completed in the proper order. Don’t get me wrong,; dreaming big is never a negative, but one must realize that it takes time and dedication along with plenty of perspiration to reach your end goal.

Somewhere in the not so distant past, yours truly was a smoker going through approximately a pack per week. It wasn’t until I was heading home from a beach trip with some close friends that I told myself ‘I’m not buying another pack ever again’ and I haven’t since. I swear! This proclamation was made less difficult due to the fact that I felt lethargic and my lungs were unable to work at their full capacity. Someone with my exercise habits shouldn’t be exhausted one mile into a run on a beautiful late summer day. It wasn’t that my legs were tired; my alveoli which are tiny air sacs in our lungs that absorb oxygen to deliver to our blood were at the point that they were probably delivering more C (carbon), than O2 into my blood stream. 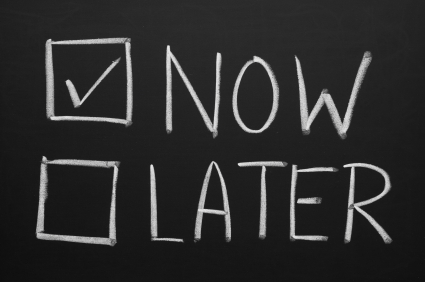 Smoking prevented me from doing the things that I wanted to do. Luckily the other pieces of the puzzle were already in place as I was exercising habitually and my diet was well balanced. Surprisingly, only 15% of Americans are current smokers according to the CDC, and that number is trending downward every year. So I decided to assimilate and become part of the majority. As an alternative, I encourage people to take on the challenge of improving their health in the form of exercise. Exercising is much easier than quitting smoking, so instead of taking on the biggest guy in the crowd (smoking), pick on the smaller one that you know you can handle (exercise).

Here are a few beliefs that I live by: